Car models are often on behalf of the latest technology at the time of the latest models modeled. It can be said that each of the three-dimensional models is an encyclopedia of the car in an exciting, the car is a carrier of culture.

The world's first batch of car models in 1914 began in the United States, at the time of its T-shape for "Ford" the prototype car. By 1920, "Buick" of the models, in 1935, the work of well-Louis Germany "VW" and "BMW" brand name, such as cars, have also appeared in the ranks of models, before the Second World War, car Most of the production of metal mold, the process is simple, yet life-like shape. From the 1950s onwards, the models produce a breakthrough in the development, production materials has become rich in order to alloy materials for the best. The models work more and more sophisticated, has become a microcosm of the real vehicle. Collectors Cars of the increasing number of people, some of the early models of the factory began to concern people, some of the exquisite workmanship, the limited production of cars has become a popular brand name, so that the value of these models in a long time, an increase of 100 times, Thousands of times.

A car model is a three-dimensional model of the car, exciting chapter in the encyclopedia, is a vector of the car culture. As a result, car models to be admirers of each other collections of cultural objects is a matter of course. It is precisely because of car models with the value of arts and crafts and cultural value of the commemoration, it determines its value and potential of space.

Model car collection is a key to learn knowledge, while at the same time as a day-to-day decorative home furnishings, and others to show personal preferences, personality reflected in a way that it can not be denied or an accumulation of material wealth means a spiritual and Two-harvest material wealth of cultural and recreational activities. 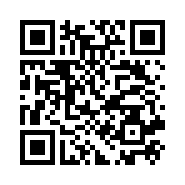